Thoughts for the Horrified 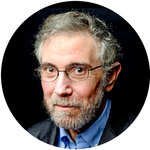 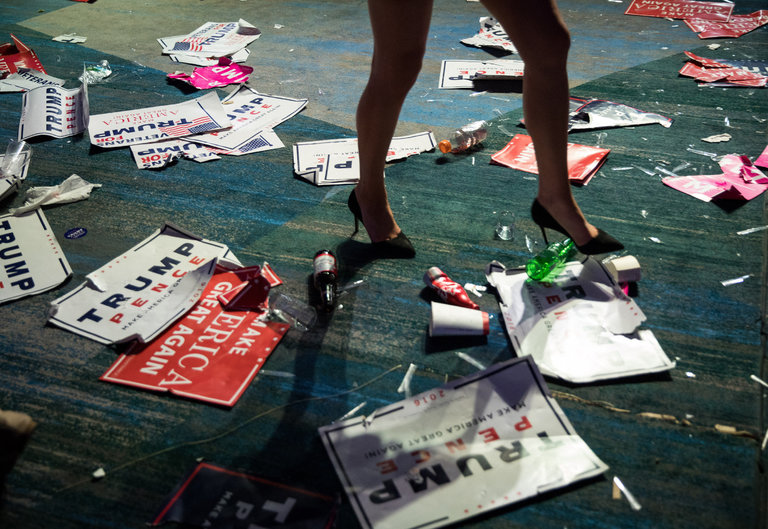 So what do we do now? By “we” I mean all those left, center and even right who saw Donald Trump as the worst man ever to run for president and assumed that a strong majority of our fellow citizens would agree.

I’m not talking about rethinking political strategy. There will be a time for that — God knows it’s clear that almost everyone on the center-left, myself included, was clueless about what actually works in persuading voters. For now, however, I’m talking about personal attitude and behavior in the face of this terrible shock.

First of all, remember that elections determine who gets the power, not who offers the truth. The Trump campaign was unprecedented in its dishonesty; the fact that the lies didn’t exact a political price, that they even resonated with a large bloc of voters, doesn’t make them any less false. No, our inner cities aren’t war zones with record crime. No, we aren’t the highest-taxed nation in the world. No, climate change isn’t a hoax promoted by the Chinese.

So if you’re tempted to concede that the alt-right’s vision of the world might have some truth to it, don’t. Lies are lies, no matter how much power backs them up.

And once we’re talking about intellectual honesty, everyone needs to face up to the unpleasant reality that a Trump administration will do immense damage to America and the world. Of course I could be wrong; maybe the man in office will be completely different from the man we’ve seen so far. But it’s unlikely.

I particularly worry about climate change. We were at a crucial point, having just reached a global agreement on emissions and having a clear policy path toward moving America to a much greater reliance on renewable energy. Now it will probably fall apart, and the damage may well be irreversible.

The political damage will extend far into the future, too. The odds are that some terrible people will become Supreme Court justices. States will feel empowered to engage in even more voter suppression than they did this year. At worst, we could see a slightly covert form of Jim Crow become the norm all across America.

What about the short term? My own first instinct was to say that Trumponomics would quickly provoke an immediate economic crisis, but after a few hours’ reflection I decided that this was probably wrong. I’ll write more about this in the coming weeks, but a best guess is that there will be no immediate comeuppance.

Trumpist policies won’t help the people who voted for Donald Trump — in fact, his supporters will end up much worse off. But this story will probably unfold gradually. Political opponents of the new regime certainly shouldn’t count on any near-term moment of obvious vindication.

So where does this leave us? What, as concerned and horrified citizens, should we do?

One natural response would be quietism, turning one’s back on politics. It’s definitely tempting to conclude that the world is going to hell, but that there’s nothing you can do about it, so why not just make your own garden grow? I myself spent a large part of the Day After avoiding the news, doing personal things, basically taking a vacation in my own head.

But that is, in the end, no way for citizens of a democracy — which we still are, one hopes — to live. I’m not saying that we should all volunteer to die on the barricades; I don’t think it’s going to come to that, although I wish I was sure. But I don’t see how you can hang on to your own self-respect unless you’re willing to stand up for the truth and fundamental American values.

Will that stand eventually succeed? No guarantees. Americans, no matter how secular, tend to think of themselves as citizens of a nation with a special divine providence, one that may take wrong turns but always finds its way back, one in which justice always prevails in the end.

Yet it doesn’t have to be true. Maybe the historic channels of reform — speech and writing that changes minds, political activism that eventually changes who has power — are no longer effective. Maybe America isn’t special, it’s just another republic that had its day, but is in the process of devolving into a corrupt nation ruled by strongmen.

But I’m not ready to accept that this is inevitable — because accepting it as inevitable would become a self-fulfilling prophecy. The road back to what America should be is going to be longer and harder than any of us expected, and we might not make it. But we have to try.