How many people even noticed (let alone wrote about) Microsoft’s Wistron and Rakuten patent settlements that explicitly cover Linux? 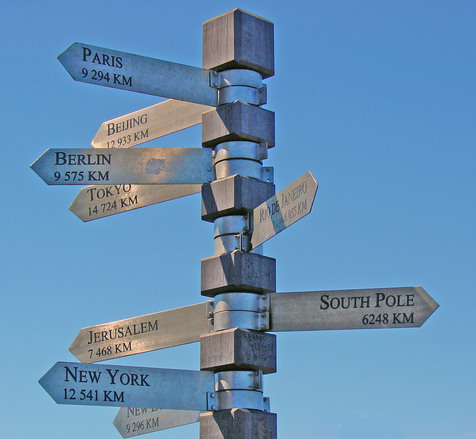 Summary: Microsoft loves Linux enough to strangle it to death with patents while the media isn’t paying attention and instead telling us that Microsoft is now a buddy or “pal” of GNU/Linux

MICROSOFT HAS — whether deliberately or not — been distracting the media and disguising several patent attacks on Linux by openwashing its latest proprietary crusades (bringing Microsoft’s proprietary software and lock-in to FOSS and/or GNU/Linux). For those who have been living under a rock/tree since 2006 (the Novell-Microsoft patent deal),

Microsoft is trying to tax GNU/Linux, raising its cost while also making it a cash cow of Microsoft, by leveraging software patents. Microsoft always coerces the extorted party into stating (in the public eye) that everything is amicable while the settlements are wrapped in a coat of NDAs. We gave an example of this last month (Acer).

It’s not only unjust; as per the RICO Act, this should come under investigation for potential violations of the law. This, in our view, is racketeering. “That’s extortion,” Mark Shuttleworth (founder of Canonical) said many years ago, “and we should call it what it is. To say, as Ballmer did, that there is undisclosed balance sheet liability, that’s just extortion and we should refuse to get drawn into that game.”

On another occasion he told the media: “Microsoft is asking people to pay them for patents, but they won’t say which ones. If a guy walks into a shop and says: “It’s an unsafe neighbourhood, why don’t you pay me 20 bucks and I’ll make sure you’re okay,” that’s illegal. It’s racketeering.”

To add insult to injury, Microsoft is ripping GNU/Linux off (Canonical in this one example) and then patenting the ideas of Canonical/Ubuntu. See this new article from a Microsoft propaganda site. It’s titled “Microsoft applies for Continuum patent” and comments on it say (among other things): “The issue is that mainstream media think it is MS idea, even calling Ubuntu convergence being inspired by continuum.

“To add insult to injury, Microsoft is ripping GNU/Linux off (Canonical in this one example) and then patenting the ideas of Canonical/Ubuntu.”“Canonical took to long to deliver (and still actually didn’t) on the convergence idea, now it’s too late and Ubuntu phone will soon die.”

Quoting comments from the article itself we have: “I wonder how this patent compares to Ubuntu’s convergence that they’ve been working on for years? It seems essentially the same in that they expect Ubuntu Phones to attach to a monitor and act as a full computer.”

Another person wrote: “Not sure that MS can get this. Prior-Art argument. Ubuntu has been working on the same thing for the last few years. They call it “Convergence”, it’s been in testing for at least a year or more…. not to mention the previous project to run Android and Ubuntu on a single device with the same purpose.”

“Despite being anything but an innovator, Microsoft is extorting companies behind the scenes using these bogus patents.”“It’s not worth doing,” another person wrote. “Continuum has been done with Convergence with Ubuntu, and I think KDE Plasma Mobile is working on something similar too. Microsoft is just attempting to gain a patent for something that they can then sue everyone away from doing. In other words, Microsofting the competition.”

Among the other comments we have “Prior art is all over the place” and “This is a complete bullshit patent.”

Despite being anything but an innovator, Microsoft is extorting companies behind the scenes using these bogus patents. Days ago we wrote about Wistron, whose patent ‘deal’ (surrender) with Microsoft is now covered in a variety of other sites, e.g. [1, 2, 3]. A lot of sites did not cover this because they were too busy writing puff pieces about Microsoft ‘embracing’ FOSS or Linux (Microsoft embraced neither, except in the E.E.E. sense). “The deal,” WIPR said, “announced on Monday, March 7, covers Wistron’s tablets, mobile phones, e-readers and other devices running the Android and Chrome platforms that fall under Microsoft’s patent portfolio.”

“Microsoft loves Linux? Well, just ignore “Microsoft Technology Licensing LLC,” which is attacking Linux, essentially engaging in blackmail and extortion with software patents.”How interesting a timing. “Microsoft can embrace open source all it wants,” Simon Phipps wrote (he is a FOSS luminary), “but until it foreswears patent aggression against community members it’s a hostile party.”

I had a bit of a chat with him about this [1, 2, 3, 4, 5]. He’s clearly too smart to fall for Microsoft’s charm offensive. Microsoft loves Linux? Well, just ignore “Microsoft Technology Licensing LLC,” which is attacking Linux, essentially engaging in blackmail and extortion with software patents. Also take note of this report from yesterday (“EU Taking Steps Towards Formal Complaint Against Google’s Android” over at Bloomberg) which reminds us that Microsoft is still lobbying and AstroTurfing (lobbying by proxy) against Linux, as we explained many times before.

So, this is the real Microsoft and for those who think it “loves Linux” perhaps a bit of a broader perspective may be necessary. The media sure isn’t helping because all it has done this past week is reposts/recycling of marketing images from Microsoft (with red-coloured hearts in them). That’s hardly journalism; it’s often called churnalism as it requires no research or input, just a little editing.

“The media sure isn’t helping because all it has done this past week is reposts/recycling of marketing images from Microsoft (with red-coloured hearts in them).”Microsoft, you see, loves Linux enough to just blackmail it. Again and again. It happened a second time this week alone, while the media wasn’t paying attention. Only Microsoft propaganda sites [1, 2] have covered it (so far, with the expected bias) and the Microsoft boosters try to make this racketeering look like “pals”.

Why are general news sites or GNU/Linux sites not paying attention? It was simply nowhere in the news, not ‘on the radar’. Microsoft is now acting exactly like a patent troll, and it’s called “Microsoft Technology Licensing LLC,” based on the announcement which says: “Microsoft Technology Licensing LLC and Rakuten Inc. on March 9 signed a worldwide patent cross-licensing agreement covering each company’s respective consumer electronics products, including Linux and Android-based devices.”

So only 2 days apart Microsoft signed two Linux-related patent ‘deals’ (extortion), but the media focused only on Microsoft PR. Here is a sort of press release that almost nobody noticed, except perhaps this belated article (this morning) which says “Microsoft has just announced that it signed a new deal over its Android and Linux patents, this time with Japanese company Rakuten.”

“So only 2 days apart Microsoft signed twoLinux-related patent ‘deals’ (extortion), but the media focused only on Microsoft PR.”Where was the media in the midst of all this? Why is this not being covered? IT Wireportrays Microsoft as a friend of Linux. This is far too shallow an article by an occasional writer and another new article from his colleague, Sam Varghese, mentions almost nothing at all about Microsoft’s attacks on GNU/Linux.

Planet Debian also obsesses over the wrong news (so do Debian supporters), which isn’t even news at all. The Microsoft/SONiC/Debian thing is not news because it was mentioned in passing several months ago. It’s old new recycled or re-announced by Microsoft for propaganda, serving to distract from patent extortion (two incidents thereof), whether by design or by pure coincidence, which we doubt.

Over at FOSS Force, Christine says that “[a]ll of these efforts are entirely aimed at channeling business Microsoft’s way. It’s a one-way street. Redmond is only making it easy for open source developers to work and play well with the Microsoft universe.”

One journalist said that the “big thing today is SDN – or software defined networking – and Microsoft turned to Linux to enable it.” While also taxing Linux with patents? In the courts, Microsoft insists that Linux is its “intellectual property”. Now it’s just acting as though Linux is its property.

How conveniently some people forget that Microsoft is still attacking Linux with software patents. Maybe they’re just not paying attention and the media surely isn’t helping. Microsoft cannot love Linux or even learn to love it. It can only pretend when it suits the goals of the marketing or E.E.E. strategy.

“Microsoft cannot love Linux or even learn to love it. It can only pretend when it suits the goals of the marketing or E.E.E. strategy.”Considering in general terms whether there was a deliberatedesign/plan here (intended to bury certain news while propping up some old/recycled news), Microsoft boosters sure covered the wrong thing andin general news sites the headline was changed from “Microsoft will release a custom Debian Linux.

Why is there no investigative reporting about Microsoft’s patent attacks on Linux? Microsoft apologists played along by taking this news from last year and saying: “Put down your coffee gently. Microsoft will today release a homegrown open-source operating system, based on none other than Debian GNU/Linux, for network switches.”

Nope, not today, not yesterday. This is old news. And they’re missing thereal news. █

Send this to a friend

If you liked this post, consider subscribing to the RSS feed or join us now atthe IRC channels.

Pages that cross-reference this one